A Decade with Richard Moolman and SUPERSPAR Village Square 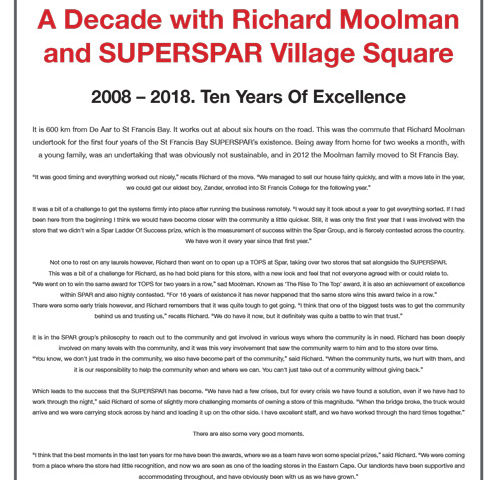 It is 600 km from De Aar to St Francis Bay. It works out at about six hours on the road. This was the commute that Richard Moolman undertook for the first four years of the St Francis Bay SUPERSPAR’s existence. Being away from home for two weeks a month, with a young family, was an undertaking that was obviously not sustainable, and in 2012 the Moolman family moved to St Francis Bay.

“It was good timing and everything worked out nicely,” recalls Richard of the move. “We managed to sell our house fairly quickly, and with a move late in the year, we could get our eldest boy, Zander, enrolled into St Francis College for the following year.”

It was a bit of a challenge to get the systems firmly into place after running the business remotely. “I would say it took about a year to get everything sorted. If I had been here from the beginning I think we would have become closer with the community a little quicker. Still, it was only the first year that I was involved with the store that we didn’t win a Spar Ladder Of Success prize, which is the measurement of success within the Spar Group, and is fiercely contested across the country. We have won it every year since that first year.”

Not one to rest on any laurels however, Richard then went on to open up a TOPS at Spar, taking over two stores that sat alongside the SUPERSPAR. This was a bit of a challenge for Richard, as he had bold plans for this store, with a new look and feel that not everyone agreed with or could relate to. “We went on to win the same award for TOPS for two years in a row,” sad Moolman. Known as ‘The Rise To The Top’ award, it is also an achievement of excellence within SPAR and also highly contested. “For 16 years of existence it has never happened that the same store wins this award twice in a row.” There were some early trials however, and Richard remembers that it was quite tough to get going. “I think that one of the biggest tests was to get the community behind us and trusting us,” recalls Richard. “We do have it now, but it definitely was quite a battle to win that trust.”

Which leads to the success that the SUPERSPAR has become. “We have had a few crises, but for every crisis we have found a solution, even if we have had to work through the night,” said Richard of some of slightly more challenging moments of owning a store of this magnitude. “When the bridge broke, the truck would arrive and we were carrying stock across by hand and loading it up on the other side. I have excellent staff, and we have worked through the hard times together.”

There are also some very good moments.

“I think that the best moments in the last ten years for me have been the awards, where we as a team have won some special prizes,” said Richard. “We were coming from a place where the store had little recognition, and now we are seen as one of the leading stores in the Eastern Cape. Our landlords have been supportive and accommodating throughout, and have obviously been with us as we have grown.”

As the holiday season approaches, Richard is confident that they will be prepared for the influx. “The team now has experience with the craziness of season, and everyone worked very well together,” said Richard. “We are a little bit worried seen as the whole area has been in a long drought, and the Gamtoos Valley which has been badly affected, is one of our chief supply areas, but we will deal with that hurdle as well.” 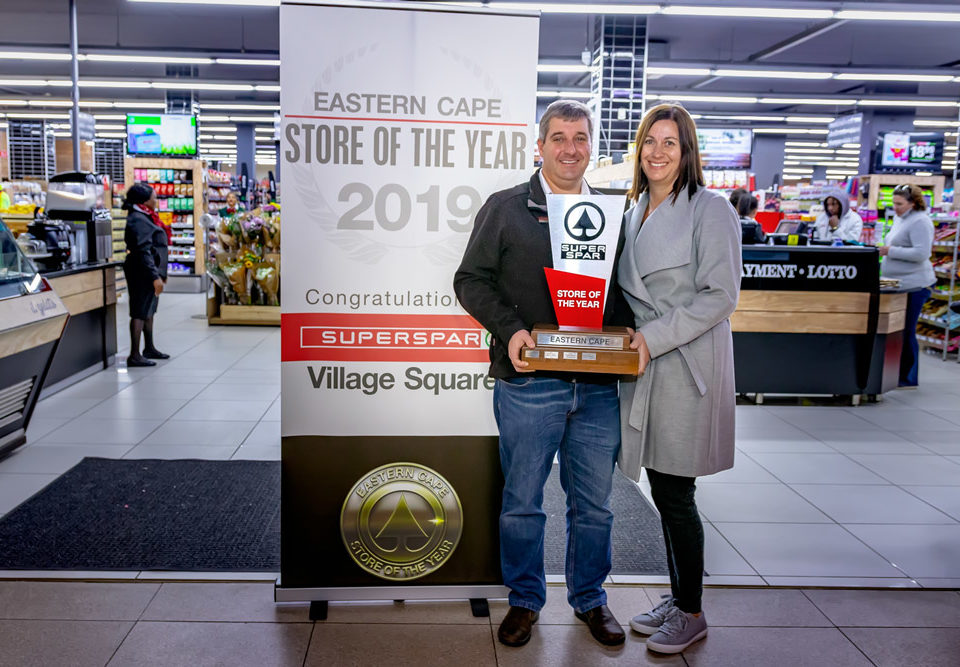 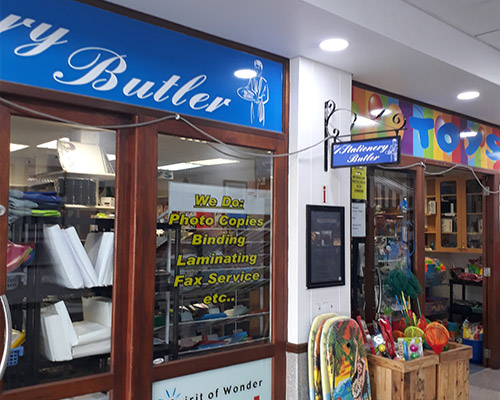